Bear with me, post done by cutting and pasting from notebook page, and I am aware photos need some more thoughtfull placement and design, but it is what it is until I get a chance to ‘fiddle’!
Day 1, 10th March:
Landing at Mumbai airport ended a rather energy zapping 15 hours of plane travel and airport hopping. sometimes when you disembark from the plane you get a dose of what the city is going to be like purely by what you smell and feel in the atmosphere. I had been anticipating a hot humid blast to hit me, an extremely busy overcrowded, arrival terminal with strong smells that I would have to acclimatize to without being insulting to the local community and generally a feeling that it may take some time to adapt. No such feelings! It was relatively quiet, no waiting in immigration or customs and we walked straight out into (felt like e were at the Academy Awards) to be greeted by our well identified driver. Here is where we started to get the feeling that Mumbai has been hit by a tidal and a sense  of needing to rebuild and recreate itself to cope with the swelling population and economy. Many of the main buildings resembled, to me, similar age and architectural style as those in Darwin, these all also looked as though they had survived a cyclone and appear to be very much in need of some revamping. Right from the end of the runway and continuing right the way through the city on our way to the hotel there were thousands of slum areas that I can only imagine what must be like to live in. Our driver pointed out some new public housing being built but I can’t imagine how there will ever be enough to cope with the needs.  We were quickly becoming familiar with the fact that there is very tight security in Mumbai. Every where we go we are scanned, bags X-rayed and when  our car arrived at the hotel it was checked under bonnet and in boot. After a rather shocking bombing a couple of years ago, I’m quite ok with these measures.
I’m not a real fan of 5 star rated accommodation as it doesn’t give me a sense of the local community or cultures, but I was pleased to have a real toilet, king size bed and a nice big pool that I thought would be used later. Mmm, little nap for 3 hours then it was off to the bar to await our bus that took us to a movie complex where we watched a preview of get legs off or keep legs on or something. My husband just woke up and informs me it was Save your Legs (I’m not sure how that fits in to move but….) Movie made in India about a very yobbo Australian cricket team arriving to challenge the Indians in a cricket competition. Beautiful representation of India but I am so over the promotion and condoning the way Australian (particularly) sports players behave when they travel. It is nothing short of rude and some education should be put into teaching respect and consideration.  I was quite embarrassed at some points. Having said that it appears I have double standards  I did giggle to some too. Think it’s a case that some things re funny but keep them at home!
The bus trip to the theatre was a good way to see ( not really experience) the nighttime activity of Mumbai. When we left our hotel people had begun flocking to the water/beach and it had similar feel to St Kilda  Esplanade or the Darwin coast. Thousands upon thousands of families, friends and all sorts of others had made their way along with thousands and thousands of tuk-tuks, motor bikes, small cars, large cars and our ridiculously oversized tour bus squeezing through. Perhaps it would have been more prudent for the organiser to have booked a suitable size bus or two even if the need had been there.  Slight sense of no consideration entering my mind. The drive through the city exposed such an array of contrasts I’m having trouble recalling what we saw and photos out the bus window aren’t usually a great success. From minds eye there were, shoe, clothes, jewellery stalls by the thousands, food, drink vendors with some very interesting concoctions that I wished I could jump out and explore. Medical facilities, chemists, sportswear stalls and dance and tattoo studios. From there we went into a ‘high end’ retail sector where all the known designer brands had quite glitzy stores in amongst the run down, dilapidated buildings. The glitziest shop of all I saw was an ice cream store. Into  the movie complex and again we were scanned, bags X-rayed  and had to leave camera batteries at check in.  On leaving the theatre the massive bus had to manoeuvre back through the even now greater throng of traffic and ‘happy’ pedestrians. Only covered my eyes and groaned about 5 times due to near misses and was happy to arrive back at the hotel where we sat by the pool, sampled the local Kingfisher beer and had a Marguerita pizza. Today has been a big day. 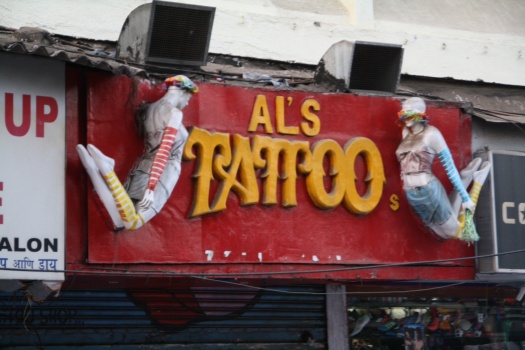 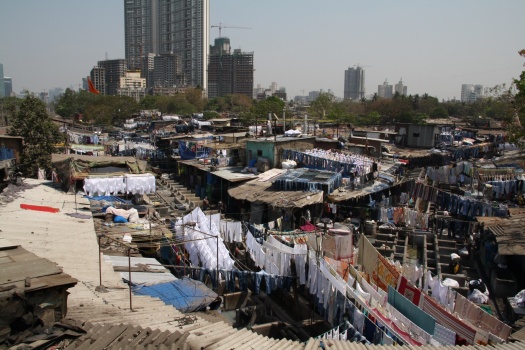 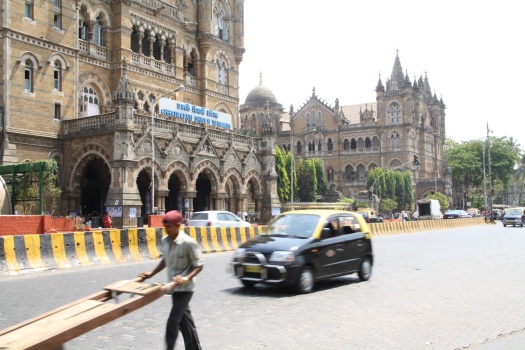 Day 2
After an extremely refreshing sleep it was time to plan the day ahead. Geoff had morning commitments to do with the business side of things we were here for, so after breakfast of muesli, beautiful fresh Danish and a lovely cuppa I set offfor walk along the promenade trying not to have an anxiety attack! Once I got 50 metres from the gate, the tuk-tuk and taxi drivers gave up on trying to get me into a vehicle and I was able to stroll along just looking at the area. Some food vendors had setup their carts and were selling lovely looking porridgy style servings and there was a man squeezing fresh  wild lemon juice. There was, unfortunately also the rubbish collection point that consisted of a shipping container on its side full of all the waste collected locally.  It was a big religious holiday yesterday and the beachside area had litter everywhere. Although this may be the norm I think. An attractive bantam rooster came flying out as I passed which gave me a start as we used to have one similar and he was quite vicious. Maybe Mr Woo has been reincarnated here! Killing a bit of time till Geoff is free, doing my journal. We may book a driver and visit some local sights after that. Sun is now out and it is going to be VERY hot. Yesterday it was only about 30 which was actually a cool relief after the sweltering we have had at home. Off now to see if we can explore some more!
We booked a driver and headed off to see as much as we can in a short time. His brief was to take us to the ‘real’ Mumbai. First stop was where the laundry is processed in a communal set up. Amazing to think that in such a large city there is no reticulated water system set up and that only about half of the dwellings have electricity. Many of the vehicles on the jam packed roads are water trucks and carts with LPG style gas bottles. I think methane could be an interesting alternative here, plenty of that in the air!
We then headed past a lot of areas where new development was happening, although this is happening right in amongst the old. We are used to seeing entire districts  ripped down and rebuilt.  Highlights of the drive were, the Mumbai  gates of India, the Taj Mahal hotel, lunch at Leopold’s cafe and the carpet store where we purchased a beautiful rug for the lounge at home. Headed back to our hotel where Geoff is preparing for his business dinner and I’m checking out some photos. Tomorrow we are off to Bangalore for 4 days. I think this has been a good, not too extreme introduction to the Indian way of life. I am really looking forward to seeing as much variation as we can over the next couple of weeks.
Ponderings from last 2 days: there have been far fewer beggars and hawkers stalking us than I expected, it has astounded me that basic water and electricity supply is not the norm, people are delightful and go out if their way to make you feel welcome and that you are enjoying yourself. Fewer motor bikes and cycles than I expected, smells better and is cleaner than envisaged. Less colour and ostentation ions decorations around but I think they are yet to come. Mumbai has a fairly large Christian population and those things come with Hinduism and buddhism More so.
Day 3
Early check out from hotel, with a packed breakfast of cucumber and tomato sangers, juice, fresh pear and a cup of lively very strong tea. Also in the pack was a tiny tomato ketchup vial which I wasn’t sure what do do with so I added a bit to the Sanger. Very nice too. Mumbai airport quite nice, domestic terminal much more westernised than the international. Our drive to the airport was with a great guide who gave us a more detailed account of life in the slums. The houses which are nothing more than lean to sheds are rented by the government and ration cards are available for legitimate citizens. Funny, they all had satellite dishes on the roofs and apparently some even have washing machines with water and electricity connected. Off to Bangalore!

One Reply to “Greetings from Mumbai!”