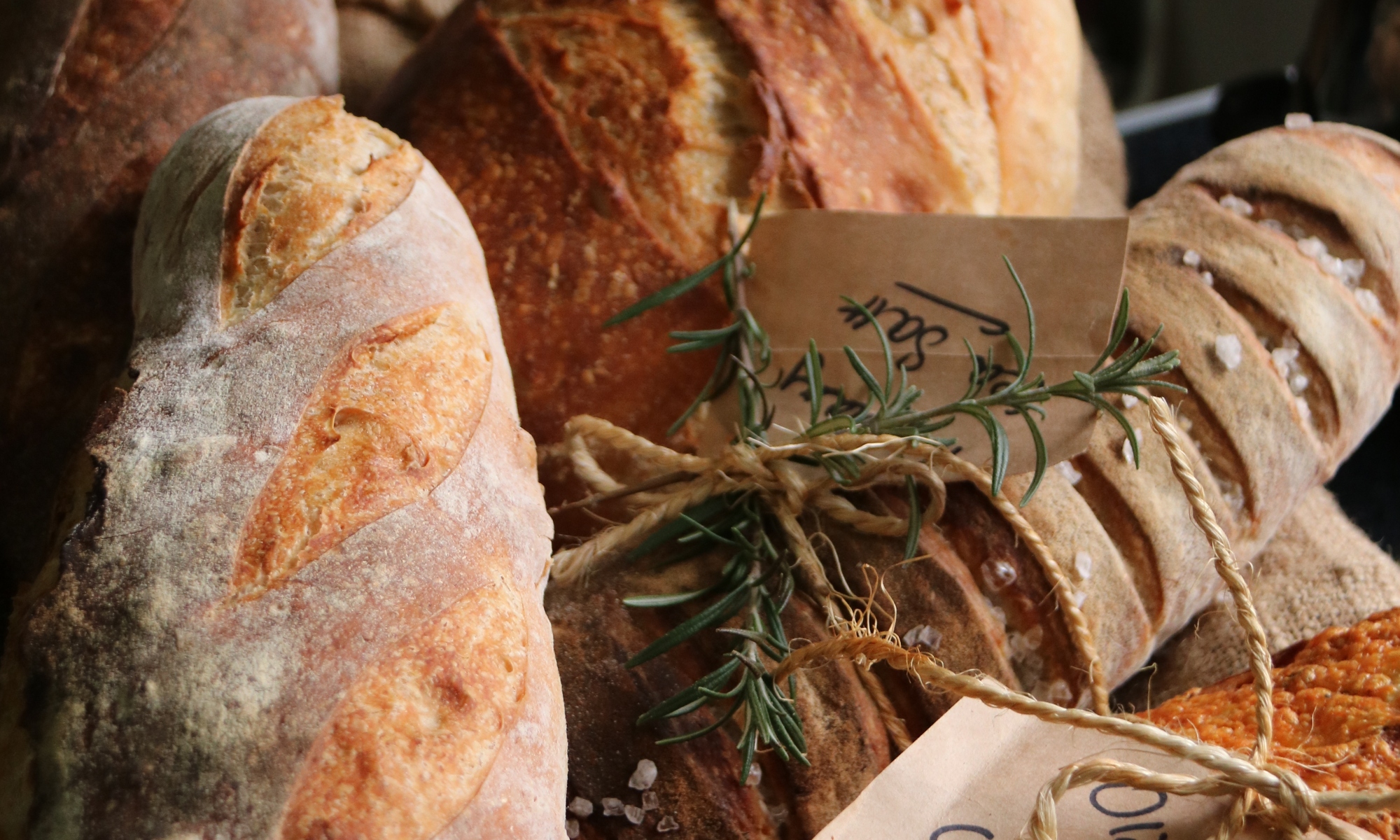 When we moved into this “new old house” in January 2013, it meant we didn’t have a real kitchen and had no idea it would take almost 4 years before we would  For all this time I have managed to create some pretty amazing dishes thanks to the little 19 litre capacity $80 or so Sunbeam Pizza Bank N Grill Oven which I affectionately have referred to in my posts as my ‘Toy Oven’.

I decided to buy this just in case it took a little longer than anticipated to do our renovations, I would have been burnt at the stake as a witch in mediaeval times, it took so much longer than anticipated. This little oven along with 2 butane gas camping stoves, our hooded BBQ  (Sunbeam as well as it turns out), a larger gas ring for big jobs like preserving and tomato passata, 2 slow cookers and we haven’t missed out on anything, even making our own sourdough bread very week.

Well, now that I have my beautiful new Falcon double oven with 5 gas burners, I can bid my ‘Toy Oven’ a fond farewell. I haven’t yet decided whether or not to keep it to take when we go camping (if there is power supply) or to piff it but that seems wasteful when it still works (and oh so well!). Unfortunately the poor thing is in such a preloved state that it isn’t up to scratch to offer to someone or donate to charity. It may even become the mud pie oven for when kids are in the back yard.

I cannot believe how well this little oven has performed over these few years, my only negative comment is that I could only make a couple of things at a time, so large quantities when required of biscuits, muffins, party foods like sausage rolls and mini quiche had to be made at my daughters place or at work. Luckily those times were few and far apart so not too much of an issue.

Thought I’d honour this little ‘Toy Oven’ recapping and revisiting some of the food it has churned out for us over the last few years.

My first bake in the oven was spinach and ricotta muffins, tick. 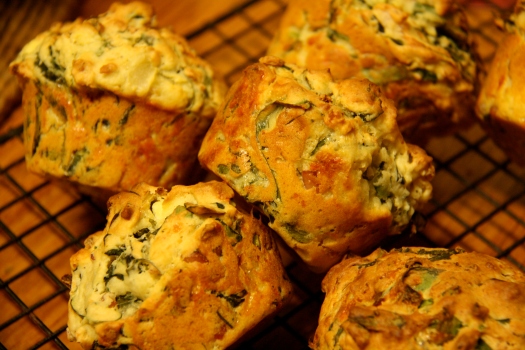 Some mini pavlovas served with brandy snaps and fruit. See, only 6 at a time can be cooked. 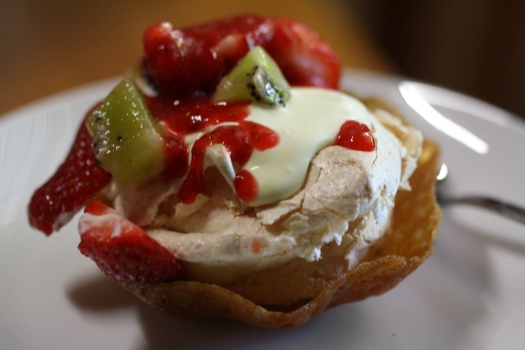 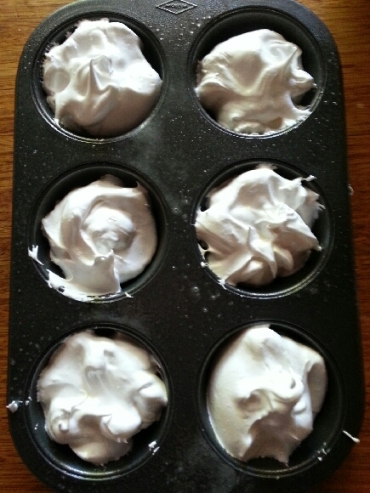 I even sterilised some jars prior to preserving food. These were used for bottling some Christmas Puddings, very successful!

Many batches of potato, kale and feta rolls.

The most amazing slow cooked quince I have ever tasted, this was delicious!

Sometimes fitting cookware in was a challenge. This slice tin was made to fit with the aid of a spanner or such.

and you couldn’t quite fit the Dutch Oven in with the lid on.

Sometimes I had to split cooking methods, like here where the meat was done in the ‘Toy oven’ and the veg in the BBQ. 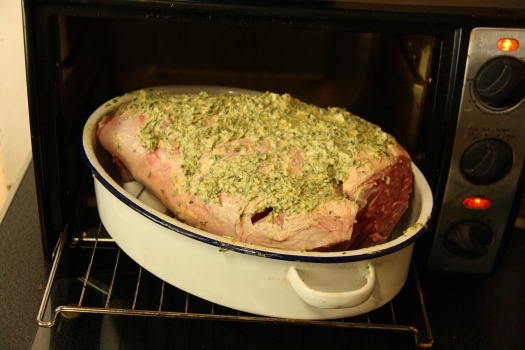 Some more meringues but I was getting better at fitting in more than 6 in a muffin tray. I got  7 in by using the pizza tray.

I still managed to bake the pieces that I use to assemble my Christmas gingerbread house in. 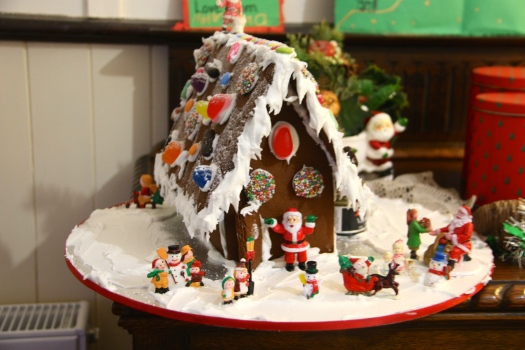 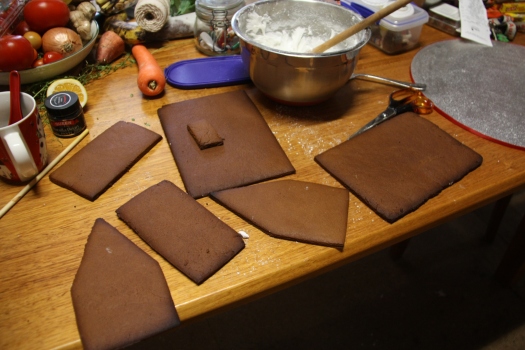 Many different varieties of foccacia.

Tarts, this is a blood plum tart.

and my all time favourite, lemon tart.

Pies or in this case, piesties.

and of course my passion, sourdough bread.

Even with only having had this little ‘toy oven’ I managed to turn out 2-3 loaves, sometimes more, of sourdough bread every week. I would not have believed this unit was capable of being such a great unit until I tried it. There has been white, wholemeal, rye, fruit, grainy, pumpernickel, hot cross buns, baguette, pizzas, bread sticks, flat breads and more. The only way I could bake in this toy oven was to use a Dutch Oven, this reduced the exposure of the dough to the heating elements thus reducing the likelihood of it becoming toast before it was even cooked. I also faced the challenge that the lid didn’t fit in because the handle/knob just made the unit too large for the baking chamber. I remedied this by removing the knob and filling the hole with some bread dough. Every now and again I would replace the dough and it worked extremely well.

There are so many more great things that have been churned out by this little oven and I have really enjoyed revisiting the relevant posts. I am so appreciative of the beautiful space and equipment I have now, it is hard to understand how I managed to create anything really.

There were a few times when I was taking bread to a party or we were entertaining here that I needed to resort to using the Sunbeam barbecue for baking bread. I got the method pretty well down pat after a few attempts and would happily bake this way again if necessary. I will admit though, it has knocked the poor old barbecue hot plates and grill around. I might end up keeping this unit just for bread. We’ll see.

Well, the poor little old ‘toy oven’ is nowhere near as pretty as she was a few years ago but by goodness, what a run she has had! I don’t think these units were designed to get quite the workout that this one has had. I think the price is now up around the $120.00 mark but if you need a unit that is versatile, reliable and fun to use I can’t recommend this highly enough. Thanks, my little ‘toy oven’, it been fun.