Well, I did say we were in for a big, busy year and that has proven to be true just in the first couple of weeks. We headed off to Pambula Beach for our annual dose of camping surf and sun, knowing full well we would have to return at some stage for the arrival of our first grandchild. Well, 4 nights into our holiday, the call came in so we secured camp and headed the 5&1/2 hour drive back to be rewarded with the beautiful ‘Charlie’ being born early the next morning. I think I was more stressed waiting for his arrival than I was going through the birth of our own children. A good outcome with a healthy baby, a healthy and happy mum and dad and some very thrilled grandparents. Here we are, the first hold of our first grandchild. Pretty darned special!

Three days later mum and Charlie, were sent home to make their own way in the world. Mr ATMT drove to Rosebud to pick up his 87 year old mum, brought her back to Newborough (2 hour drive each way) so she could see her 8th great grandchild then drove her back home again (he was a tad tired after all this driving). What a delightful experience it was to see her face as she welcomed this new addition to the family. As someone who never met a grandmother and barely remembers a grandfather it was quite a special moment seeing the four generations, mother & son, mother & son, together.

In My Kitchen-There is not much food cooking!

We have stripped everything out from the old kitchen space and commenced stripping the painted brickwork of the chimney. I trialled a sample of a product called Peel Away and we were very impressed with the test patch so here goes nothing. This product is reputed to be able to strip up to 30 layers of paint in one hit, doesn’t smell and is suitable for removing lead and asbestos based paint. The process is simply a matter of slathering the product on, covering it with the special paper they supply and waiting 24-48 hours for it to do its stuff. The paper is then peeled away and what’s left easily scrapes off and the surface can then be scrubbed clean. If repainting a neutraliser needs to be applied before painting.

Here is the spot we trialled on the front of the chimney under the mantle. Pretty impressed! 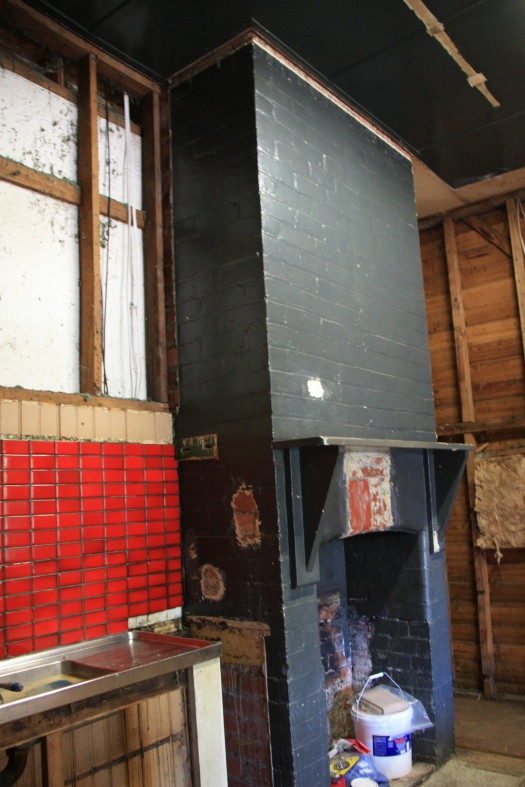 First section of the chimney brickwork treated with Peel Away. Coating applied and the special laminated paper placed over it waiting for it all to cook! 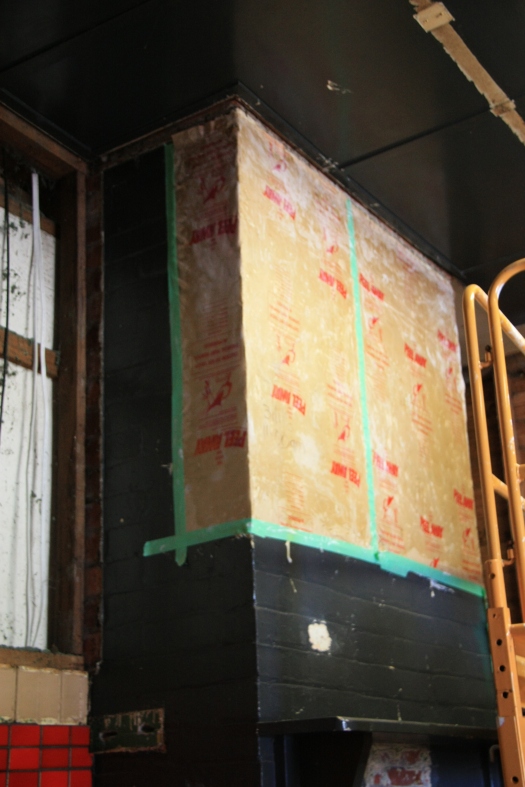 The builders are back on site after the Christmas break and continue to excel in doing a sensational job. We came home from camping to having a roof on the new section, complete with keeping the old tin (with old telephone insulators) from the original gable and reinstalled it into the new gable. It’s little touches like this that keep the authenticity of the house intact.

We have ceiling windows installed that will become part of the new kitchen.

The windows have been delivered and we are excited beyond words waiting for them to be fitted so the existing kitchen wall can be removed and I’ll get a real feel of what the space will be. In fact I had to start removing a few of the boards……………  just because I had to. 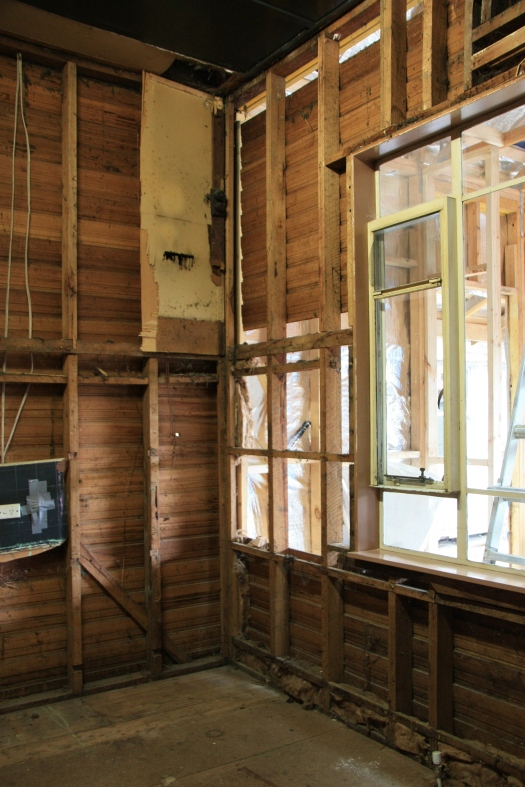 There have been a few little bits of food coming out from the toy oven and temporary kitchen. We had friends join us for a gathering on Australia Day so I made a tomato, cucumber, feta cheese and red onion salad.

I served an assortment of breads. Potato and rosemary focaccia (toy oven), plain baguettes and herb baguettes (cooked in the barbecue) and 2 rye loaves (toy oven). All went down well with dukkah, cheeses and pickles.

I made a chocolate pavlova which made a nice change from the normal pav. I anticipated someone else would bring a pavlova and was right so it was nice to have a choice between normal and a chocky one. I topped this with freshly picked mulberries,  strawberries and lightly sweetened cream that I had grated chocolate into. Very nice.

The mulberries were from our own tree and this is the first year we have had such a bountiful harvest. We think it may have something to do with the fact we set up a timed sprinkler  under the tree so all our pots would be watered while we were away. Boy, have we enjoyed mulberries! This is a 5 minute harvest-extra large coffee cups. 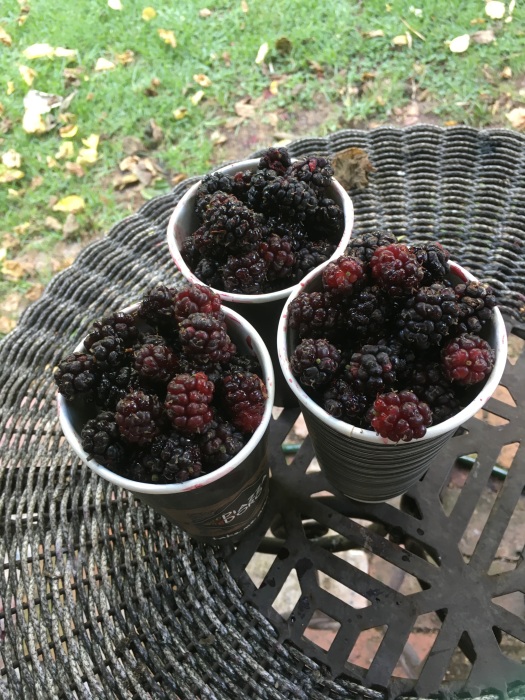 But look at what happens when you pick them.

Hence the warnings issued that when you plant a mulberry tree don’t plant near paths or areas where you will be troubled by staining. I love it!

Head over to Maureen’s at Orgasmic Chef to see what others are doing ‘In their kitchens’ this month, some may even have some food and goodies to share! Thanks for hosting Maureen.

35 Replies to “IMK February and reno update (Be warned, not much food!)”