At the risk of painting the devil on the wall, I’m going to say that Spring is well and truly here and I doubt there will be any more frosts. There, I’ve said it! This past winter has been a ‘real’ winter. Very cold, lots of frosts, lots of rain and I’ve loved it! I really like seeing the seasons roll around and for the past few years there have been strange happenings such as things bursting into flower in mid June, then frost burning them off and trees  shooting out new leaves before the old ones have fallen. This year it has been a definite autumn, into winter and I hope now into spring. The daffodils are a sight to behold and they have been in bloom for a good three weeks so far. There are also irises and freesias about to pop open.

One of the irises has opened its heart.

I’m not so confident about no more frosts yet to remove the frost protection, sure as eggs………………

We’ll end up with more of this! This was a beautiful ball shaped fig, didn’t even think to cover it and it has been whacked terribly by the frost. Not sure how well it will come back but I’ll give it a bit of TLC and see.

Then there’s the ever pleasing sight of asparagus spears shooting. I’ve already picked 3 or 4 and munched on them as I work outside. 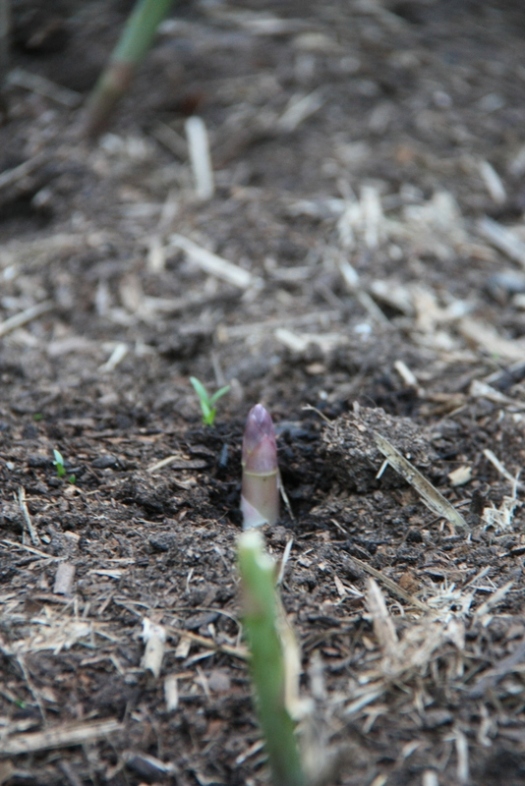 The broad beans were planted late but are going really well. In previous seasons I’ve found that they don’t set pods until the bees are out so I may be in with a chance yet! The wire support on the poles is working really well keeping them upright. I’ll add another layer as they get taller.

The garlic at the end of this bed is rocketing along. These brassicas are nearly done and there are some radishes in here too that I pick and eat as I walk by. This bed will be mostly tomatoes and corn this summer.

The silver princess gums are flowering and we love checking daily to see if the little gum nut caps are any further open. It is amazing how well the caps hold on even though the flower is in full bloom. This is one of my favourite plants!

You could swear our keeper of the garden is relishing the afternoon sun on his face. 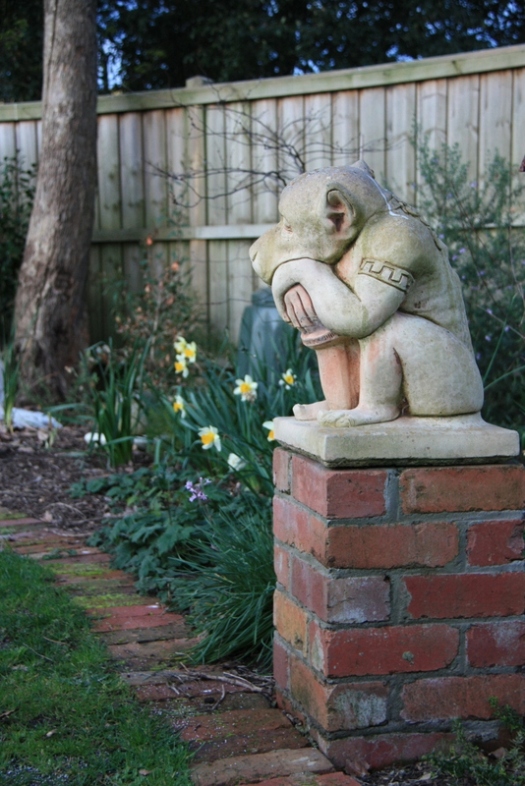 As I sit in our small, front room in front of the open fire where bread is proving and we are eating the warming, spanish chicken dinner I made last night,

I wonder how many more nights we have to enjoy such cool climate comforts.

I’ll try to add this post to the Garden Share Collective site but I keep stuffing up due dates   so it may just go on the FB GSC page.

10 Replies to “Spring is definitely springing up! Garden Share Collective.”

Join 670 other subscribers
The Urban Nanna