I haven’t ever cooked goat before, so when we were at the Dandenong Market last week I could not pass up buying some ‘goat curry’ cuts when I saw it. I knew I wanted to try it either as an Indian curry or as a middle eastern tasting dish so onto the internet. The first recipe I found when I googled was Rick Stein’s Goat Curry so that was that settled. I love Rick Stein, haven’t made many of his dishes but he just seems like a delightful man.

We weren’t disappointed at all. I thought the flavour might be a little light on because there is minimal spicing in the recipe but no, it was delightful. Served with rice, greek yoghurt and some of the leftover flour tortillas from Fridays Lunch. 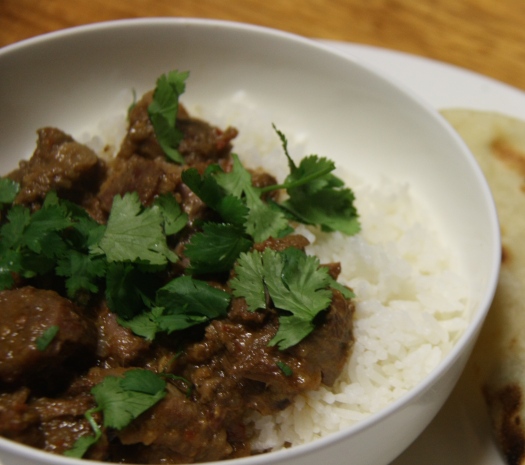 Let’s just say one of my better lunches! Pulled shoulder of pork made with a rub of salt, cumin and Garam masala, . Before I went to bed Thursday I chucked it into the slow cooker on low with a cup of stock, some onions, garlic and star anise. Removed from slow cooker about an hour before serving. I served this with a simple tomato salsa made of tomatoes, capsicum, black pepper and spring onions and an asian flavoured slaw salad that was really nice. Some Annabel Langbein flour Tortillas that were used as wraps, some plum sauce and tomato pickles on the side as well. Was really lovely, tasty and light. 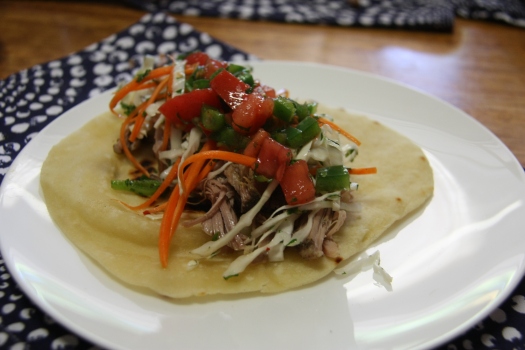 Dessert was not so light! Brandy snap ‘shells’ with chocolate ganache, quince that had been slow roasted for about 7 hours with sugar, cinnamon and star anise. A plop of double cream on top, yummo. 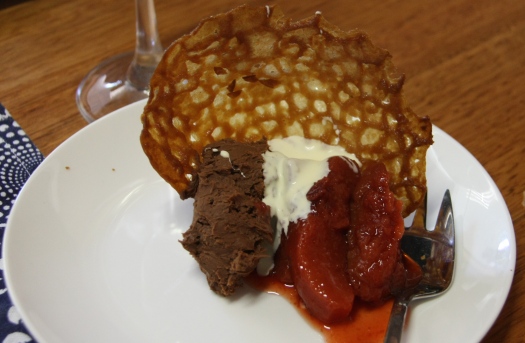 I resisted having another serve of this for breakfast so I compromised, 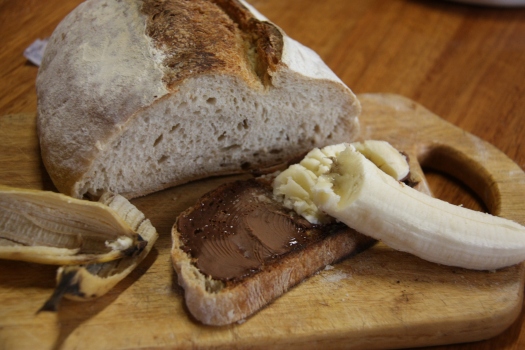 Sourdough toast spread with ganache and mashed banana. That is better for me isn’t it?