Amazing to think that a whole country can come to a halt based around a race horse, but yes, here in Australia we can. I have traditionally been a great Melbourne Cup Day celebrator, but this year there has been so much happening that I didn’t even give it a thought! No sweep tickets, no TAB bets and not even watching the race. Hang my head in shame! The Melbourne Cup is always run on the first Tuesday in November and it is a public holiday for the people who live in the state of Victoria. It has turned into a time when many take the Monday off creating an extra long weekend. Not so for me.

Our son and his fiancé celebrated their engagement with a rather large party on Saturday night and you could not have asked for more disastrous weather conditions. After a beautiful Friday of 28, no wind and balmy conditions the cool front confronted with avengance. Temp slid down to about 13-15, rain was horizontal and the wind was just horrendous. All the planned outside arrangements were put on hold and thankfully our gracious hosts opened their home so the celebrations could continue inside. No mean feat for about 130 people! I had been cooking at every available opportunity for the party and it all went down well, especially the spicy (very) small sausages and the Indian pakora I made. 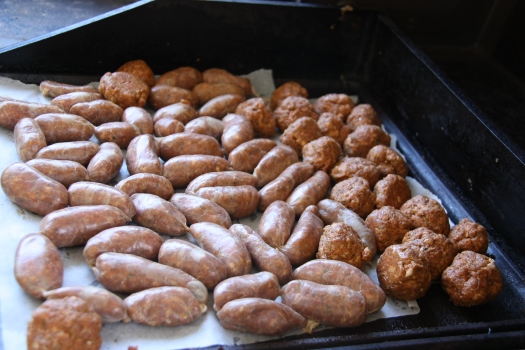 Just love this Indian pakora recipe of Annabel Langbein. I’ve made it a few times and always served them freshly deep fried but this time I made them ahead of time and reheated before serving. Wasn’t sure how that would go but it was fine. Batter wasn’t as crispy as when fresh but flavour was still good.

Served with a minty yoghurt sauce. 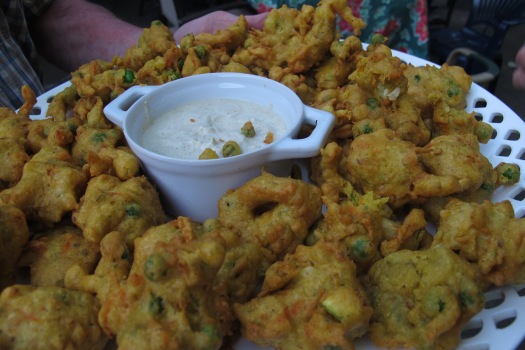 The beautiful couple, though I think Dave may have had a beer or two by now!

Our daughter has a great sense of design style and does some beautiful cake decorating, she contributed this lovely 3 tier chocolate fudge cake decorated with little daisy flowers. Looked lovely and I must admit we are munching on it as I write this post! 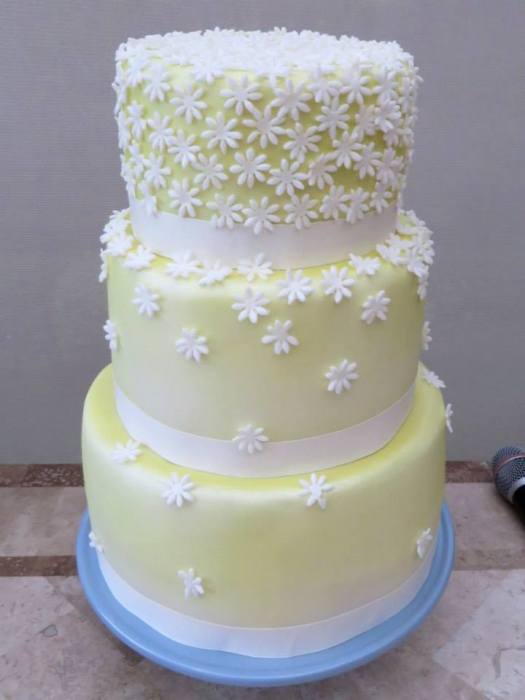 It was a great party and a great reminder that it is so special having these happy times and celebrations with those we love.

Join 669 other followers
The Urban Nanna